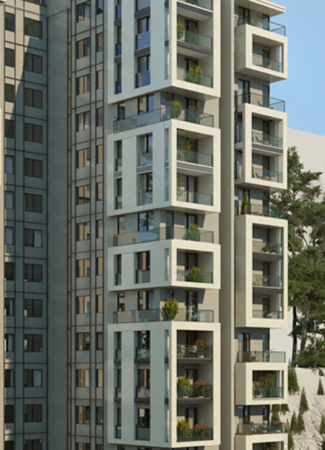 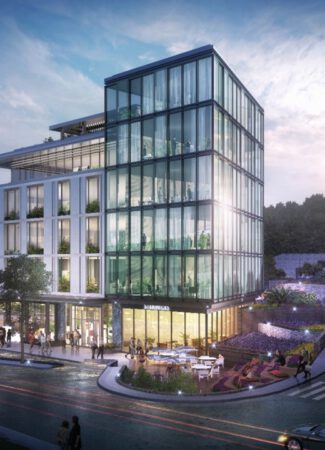 Project with large social area close to the metro and with sea view in Nişantaşı
İstanbul (Avrupa)
19.285.000 ₺
Ready To Move 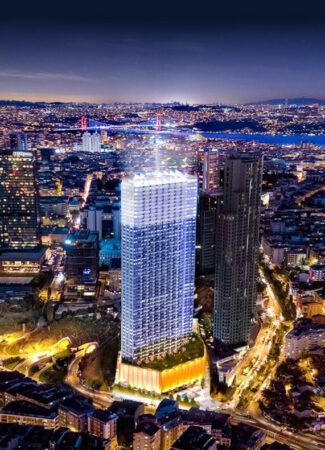 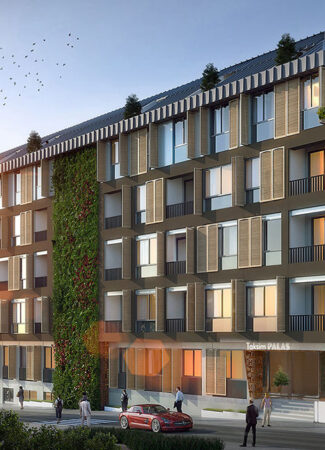 Stunning apartments in Şişli with guaranteed rent, close to Taksim and Nişantaşı and the metro
7.227.820 ₺

Apartments For Sale in Sisli Istanbul

Sisli, located on Istanbul’s European side, is one of the city’s most popular districts. It has a very strategic location that can be considered Istanbul’s center, which explains why it is a sought-after region. Sisli provides convenient housing options for families and students seeking high-priced or moderately priced apartments. If you choose Sisli, you will have the opportunity to live in a charming area of Istanbul where everything is just around the corner and every iconic monument is only a few minutes drive away. If you choose one of the high-rise apartments for sale in Sisli Istanbul, you will be rewarded with breathtaking city views that overlook much of the city. 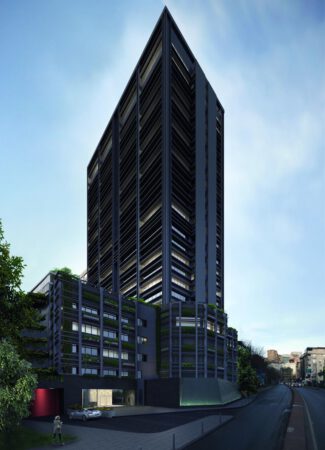 Located on the European side of Istanbul, Şişli is one of the most popular districts in this part of the city. It has a very strategic location that can be considered the center of Istanbul, which explains why it is a very sought-after region. Şişli is surrounded by many other districts that are considered touristic, including Besiktas, Sariyer and Beyoğlu.

It also has borders with Eyüp and Kağıthane and for its relatively small area, the population is considered high, with almost 300.000 residents according to the last official figures. Şişli is known for its quality of life, multiple shopping options, excellent infrastructure, various skyscrapers, and many housing choices.

What are the best things about life in Şişli?

Şişli is today considered the heart of the European side of Istanbul. It’s also tourism-friendly thanks to famous neighborhoods like Nişantaşı and Teşvikiye, known for their upscale fashion boutiques and European-style buildings. Şişli is also known for being a trade and business hub with multiple neighborhoods like Mecidikoy, Esentepe and Levent, where there are a lot of skyscrapers and regular buildings that are essentially occupied by corporations, banks, commerce businesses and headquarters of large national and international companies. There is also a variety of cafés, bars, nightclubs, hotels, restaurants and fast-food chains within the district.

The infrastructure in the district of Şişli is highly developed and most of the old buildings were modernized at some point during the last 20 years, along with the construction of entirely new ones. Old residential buildings can be found in multiple areas within the district and newer ones.

A lot of highway connections were made in recent years to accommodate the growing population in Şişli, as well as the fact that it’s considered a crossing point for drivers coming from other inland districts and going to the coastal areas and vice versa.

The housing sector in Şişli has been flourishing for decades with many new projects in multiple neighborhoods along with the renovation of old ones. Şişli is extremely suitable for family life and student life. It has all the necessary life amenities from shops, schools, malls, hospitals and universities.

The district has it all! Cevahir Mall, Trump AVM, Sapphire, Ozdilek, Profilo Mall, Metrocity, Kanyon and Astoria Mall are among the popular shopping centers in Şişli with hundreds of thousands of daily visitors and many flagship brands.

When it comes to transportation, it is safe to say that Şişli is highly connected to the rest of the Istanbul districts thanks to various interconnected roads, a wide bus network and other transportation means such as metros and the metrobus. The M2 metro line passes through Şişli and connects it to Hacisoman in Sariyer all the way to Yenikapi. The M7 metro line also passes through Şişli, intersects with the M2, and connects it to Mahmutbey.

Future extensions are currently under construction, extending the metro line from both ends to Kabatas and Esenyurt. The metrobus passes through Şişli and connects the European side to the Asian side. The M1, M7 and metrobus can connect you to other lines in Istanbul, including the M1, T5, M6, T1, M3 and The Marmaray. There is also a wide network of buses and minibusses that would get you anywhere you want within or outside the district.

How to buy properties in Şişli?

The district’s wide urban renewal and infrastructure improvements have helped Şişli become a hub for both moderately priced and expensive luxurious residential projects. In Şişli, you can find a wide range of prestigious properties built in accordance with the highest norms of modern architecture and standards of safety and security.

To sum up, Şişli offers convenient housing options for families and students looking for expensive or moderately affordable apartments. If you choose Şişli, you will get the chance to live in a charming area of Istanbul where everything is around the corner and every iconic monument of the city is within a few minutes drive. If you choose one of the high-rise projects, you will get stunning city views that overlook a large part of the city.

If you want to know more about our projects in Şişli, you can visit the Şişli section on our official website and check out the available listings. For more information, you can contact us on social media or by phone and our team of real estate professionals will be happy to assist you!